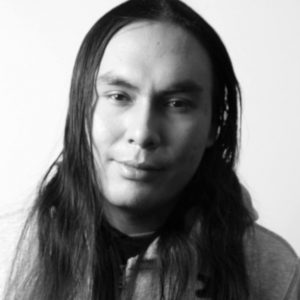 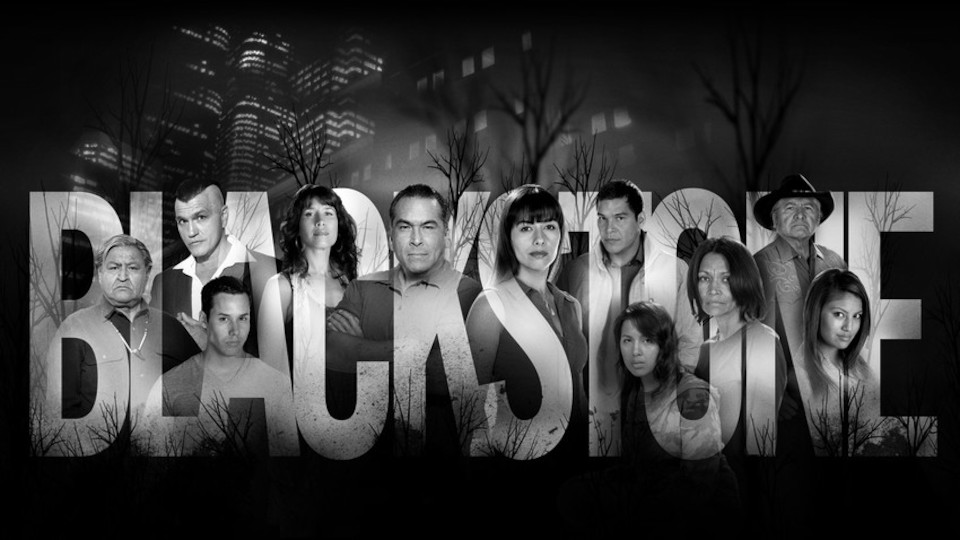 Mike Holden is a Saulteaux Cree visual artist and actor, known for his role as Momo on the popular First Nations’ drama Blackstone. Mike is focusing his passion on painting the brutal and genocidal history of the indigenous peoples of Turtle Island (North America), as well as celebrating the heroes that history books have forgotten. 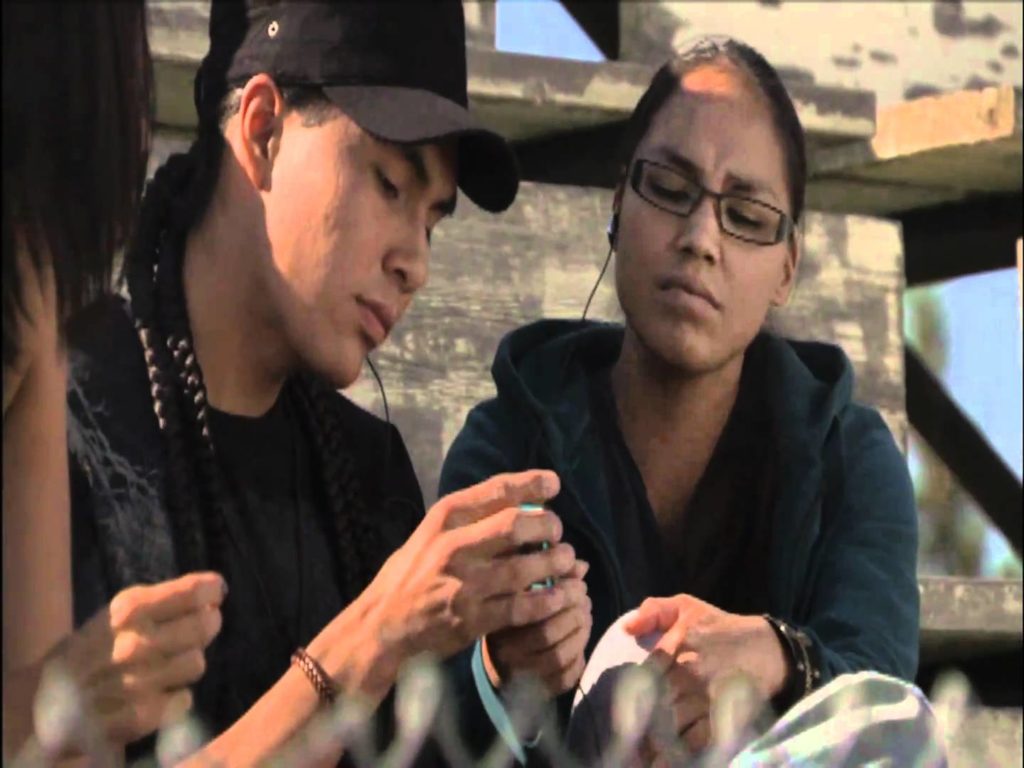 Mike Holden in character as he played the recurring role of “Momo” on the T.V. Series BLACKSTONE, Season one. 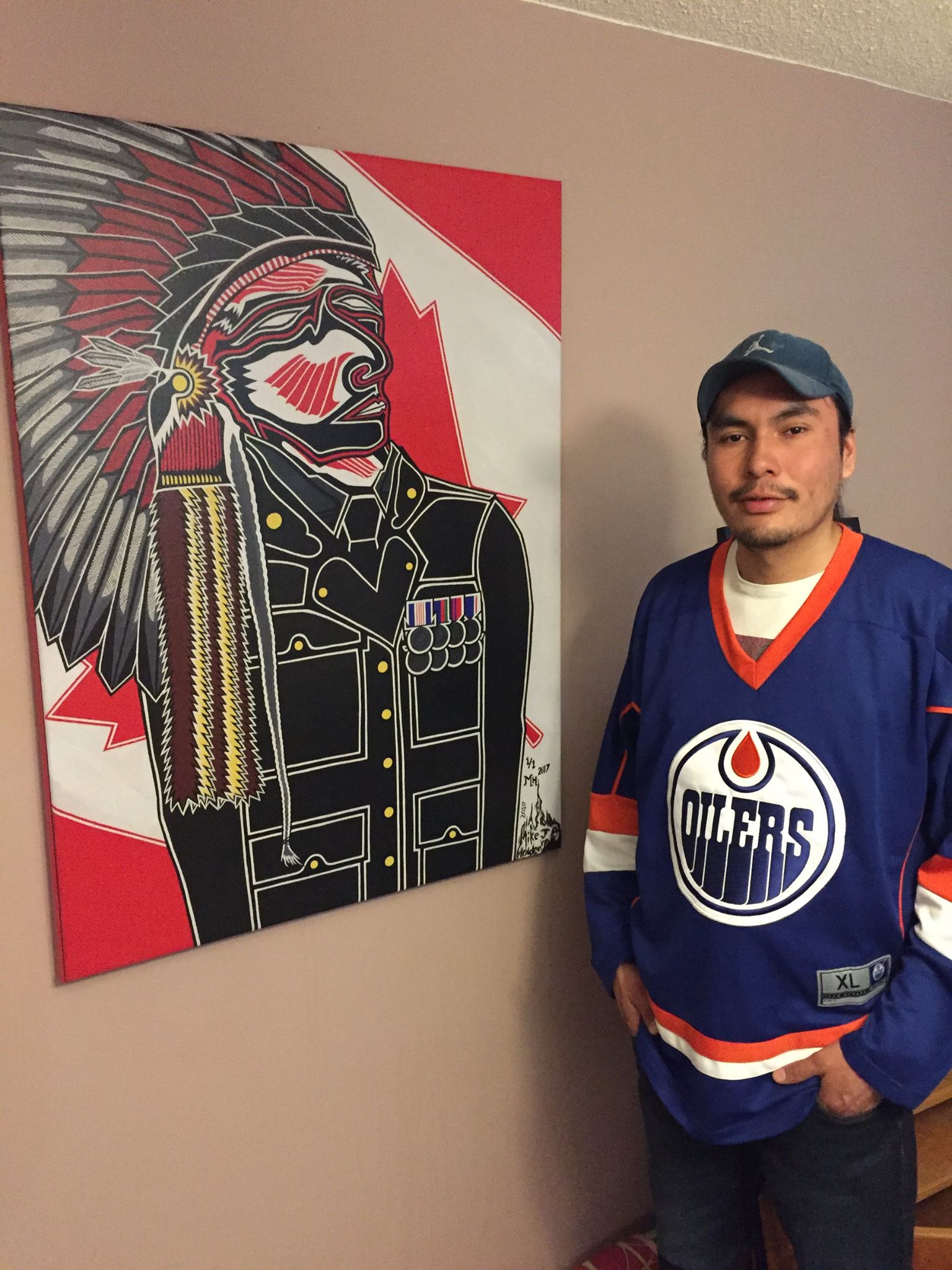 Mike Holden creates paintings that explore spirituality, traditions, and knowledge systems within the context of indigenous warrior culture, from the 1800s, through to World War II, and up to present day. Various First Nations tribes of Turtle Island are depicted in his work, telling stories that express the warrior mentality, warfare itself, peace, spirituality, love, victory, and the evolution of the warrior in an ever changing world. Holden creates images that are vibrant with primary colours, characterized by his command of sharp angles and lines, and steeped in historical and traditional symbology.

It was once said that “If you want to kill 100 savages all you have to do is kill one buffalo.” It is this era of indigenous extermination, and the determination of his people to continue to thrive and defend their way of life in the face of it that speaks most to Holden as an artist. And while the buffalo were almost obliterated from the plains, and the original inhabitants of the land removed to reserves and reservations, Holden is a bold artist who reminds us of Louis Riel’s prophesy, “My people will sleep for one hundred years, but when they awake it will be the artists who give them their spirit back.” 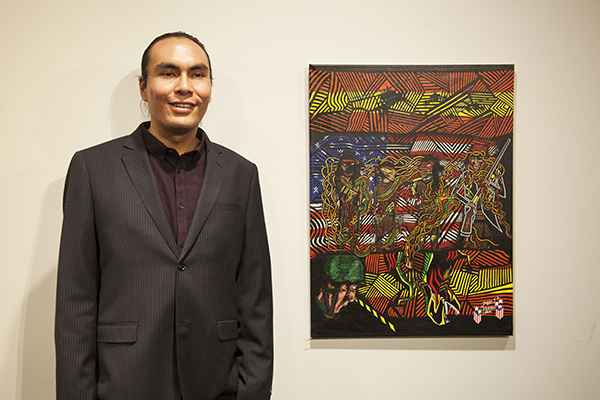